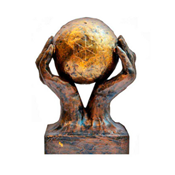 AlgaEnergy continues to add awards and distinctions to its long list of public recognitions. An expert jury, representing the Spanish Confederation of Small and Medium Enterprises (CEPYME), has selected the biotechnology company as a finalist for the CEPYME Awards in its VII Edition (2020) and has done so in two categories: International Development and SME of the year.

Although finally AlgaEnergy has not won the precious award, Augusto Rodríguez-Villa, President of the company, pointed out that “there are more than 3 million SMEs in Spain. Having been selected as one of the three finalists for SME of the year, in addition to SME International Development, is already a pride for AlgaEnergy’s human team”.

Rodríguez-Villa said that “in the last edition our company was awarded the CEPYME Technological Innovation Award. That was already a relevant recognition of our determined commitment to R&I, which is giving us such good results”. "Having been distinguished once again in these two categories, particularly SME of the year, confirms that we are going in the right direction and encourages us to continue working on the basis of our values ​​and in favor of a more sustainable development", added Rodríguez-Villa.

The award ceremony of the VII CEPYME Awards, which recognize the achievements of small and medium-sized enterprises and their contribution to economic and social progress and job creation in Spain, was attended by H.M. the King of Spain, Felipe VI, who presided over the event. Likewise, it was attended by the Third Vice President and Minister of Labor and Social Economy, Yolanda Díaz, and the President of the CEOE, Antonio Garamendi, among other authorities. Silvia Jato, the famous television presenter, was in charge of moderating the event.