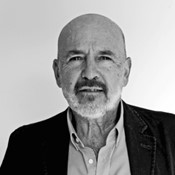 The entire human team that makes up AlgaEnergy wishes to express its profound sadness at the recent death of Mario Tredici, Honorary President of the European Algae Biomass Association (EABA), while also conveying its condolences to his family, friends and colleagues in the field of microalgae biotechnology, to which he has contributed so much with his dedication, knowledge and research.

Mario Tredici was a professor of Agricultural Microbiology at the University of Florence, where he taught courses on General Microbiology, Soil Microbiology, Industrial and Environmental Microbiology, and Biotechnology of Microorganisms. His research topics include the design of new photobioreactors for the cultivation of microalgae, the production of biomass from these organisms for different sectors, and the biofixation of CO2. Tredici leaves a great legacy, materialized in the form of more than 120 publications, which show his extensive experience in the field of microalgae biotechnology.

He was the creator and member of the Board of Fotosintetica & Microbiologica SRL, a spin-off of the University of Florence, active in the commercialization of farming systems. He developed an outstanding activity in promoting scientific-technical societies around microalgae and their use, having been promoter and President of the International Society on Applied Phycology (ISAP) and the European Algae Biomass Association. He was awarded in 2014 by the ISAP with the 'Distinguished Applied Phycologist' Award.

Tredici maintained a close relationship with Spain, through collaborations of a scientific nature with Spanish researchers, and contributed to the organization of the first ISAP Congress, held in Aguadulce (Almería) in 2002. As pointed out by Augusto Rodríguez-Villa, President of AlgaEnergy, “Tredici was a benchmark for all of us who are dedicated to science and, specifically, to microalgae biotechnology. Permanently interested in the activities and progress of AlgaEnergy, our relationship was very close and he was very dear to all of us. Putting forward his brilliance, and the fact that he was a pioneer in research in this field of biotechnology, his skill in that field of science was only matched by his kindness and people skills.”